The Safety and Training Program provides guidance and assistance to all departments within the City to ensure the safety of all employees and general public who work in/around or visit our facilities.

Safety is our number one priority. We are focused on providing a safe working environment for all personnel in every aspect of the workplace.  We believe all accidents can be prevented and safety is an integral part of everyone’s job.

Employees are encouraged to report any unsafe work practices or safety hazards encountered on the job. All accidents or incidents (no matter how slight) are to be immediately reported to the supervisor on duty. A key factor in implementing the city’s Safety policy will be strict compliance to all applicable federal, state, local and work procedures. Failure to comply with these policies may result in disciplinary actions. NO EMPLOYEE IS EVER REQUIRED to perform work that he or she believes is unsafe or that he or she thinks is likely to cause injury or a health risk to themselves or others. Please contact the Safety Coordinator with any concerns regarding workplace safety. 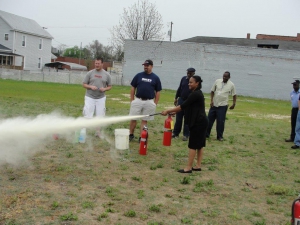 We are an active member of the North Carolina Association of Local Government Safety Officials (NCALGSO) and take advantage of professional consultative services, professional development, and other briefings from this agency.

Each year, the state Department of Labor recognizes public and private firms that achieve and maintain good safety records. According to the N.C. Department of Labor, “this program is designed to stimulate interest in accident prevention and to promote safety in the workplace by providing an incentive to employers and employees to maintain a safe and healthful workplace.”

To qualify for an annual safety award, a business must:
■ Have no fatalities during the calendar year at the site or location for which the award was given; and
■ Have maintained an incidence rate at least 50 percent below the average for its particular industry group.

The following City of Goldsboro departments and divisions are safety award recipients for 2021.
Silver Awards (Rate of days away from work are at least 50% below the industry average.)

Gold Awards (Rate of days away from work, job transfer or restriction are at least 50% below the industry average.) 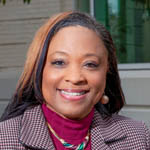