Welcome to Our City

When Wayne County was formed in 1789, the town of Waynesborough developed along the banks of the Neuse River around the county courthouse that was built there.  In the late 1830’s, the Wilmington and Raleigh (Weldon) Railroad line was built to the east of Waynesborough.  At the intersection of the railroad and the New Bern Road, a hotel was built and a community began to establish itself. This community became known as Goldsborough’s Junction after Major Matthew T. Goldsborough, an Assistant Chief Engineer with the railroad line.  The town of Goldsborough was incorporated in 1847, and the name officially changed to Goldsboro in 1869.

The City of Goldsboro became the county seat for Wayne County in 1847 and has expanded to an area encompassing over twenty-five square miles with a transportation center for the area’s agriculture industry.

Located in Eastern North Carolina, the City of Goldsboro is the county seat of Wayne County. Conveniently located on US 70, Goldsboro is within 30 minutes of the I-40 and I-95 corridors.

The City of Goldsboro employs 484 full-time personnel and provides numerous services to its residents. Recognized as a Top Ten City by Money Magazine in 1993, the City of Goldsboro takes great pride in providing quality and efficient services to the public. City Hall is located in the heart of downtown Goldsboro at 200 North Center Street and is open from 8 a.m. until 5 p.m., Monday through Friday. Recent projects include the completion of the final phase of the Center Street Streetscape Project, which transformed the city’s main street corridor, and the construction of the Bryan Multi-Sports Complex.

Welcome to Our City 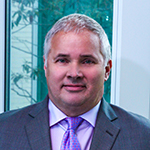