Skip to content
Employee and Supervisor of the Quarter

Employee and Supervisor of the Quarter

Congratulations to our employees of the quarter, Chris Cecchini, Darren Goroski, Donald Moore and Jamie Metz, all from IT, and to our supervisor of the quarter, Troy Connor (Engineering).

On Easter Sunday, a vehicle accident destroyed a pole that contained the City’s Traffic Signal Fiber, and City Fiber Network service to several city departments. When the Information Technology Department found out and put the call out for volunteers to help, nearly everyone in the department responded quickly. Jamie was the first on the scene. She only knew they had an outage, but contacted the police and viewed the damage. She also went to Fire Station 5 and the Golf Course to set up temporary services so they could operate on Sunday. Chris came in to help with the temporary services, and then stayed until the next morning working with others in restoring our services. Darren and Donald came in to prep the splice trailer and make sure they had all their supplies so they could start splicing wires as soon as possible. They worked from mid-afternoon on Sunday until well into Monday morning. At no time did any of the four say they wanted to leave, that they were tired, or ask what had to be done. It was a clear focus on restoring service before the City staff arrived for work on Monday and making sure they were able to serve our citizens as needed.

When the Information Technology Department found out about the issue, they contacted Troy Conner, the Signal System Maintenance Supervisor, and he was on call. He helped arrange for a new pole to be installed on Easter Sunday. He then stayed until midnight helping pull down the old fiber and hanging all new sections for Signal and IT fiber. If Troy had not been dedicated and determined to help in any way possible, IT would have had no way to rehang the fiber and would not have been able to get the City sites back up before work on Monday. There were others that helped with cutting the concrete and prepping the site for a new pole, but Troy is commended for his dedication and efforts beyond the normal call of duty to help restore services as soon as possible. He worked several hours, on a holiday, without any complaints or concerns about how long they had to work to get the job done. He was back early the next morning to make sure that IT didn’t need anything else. 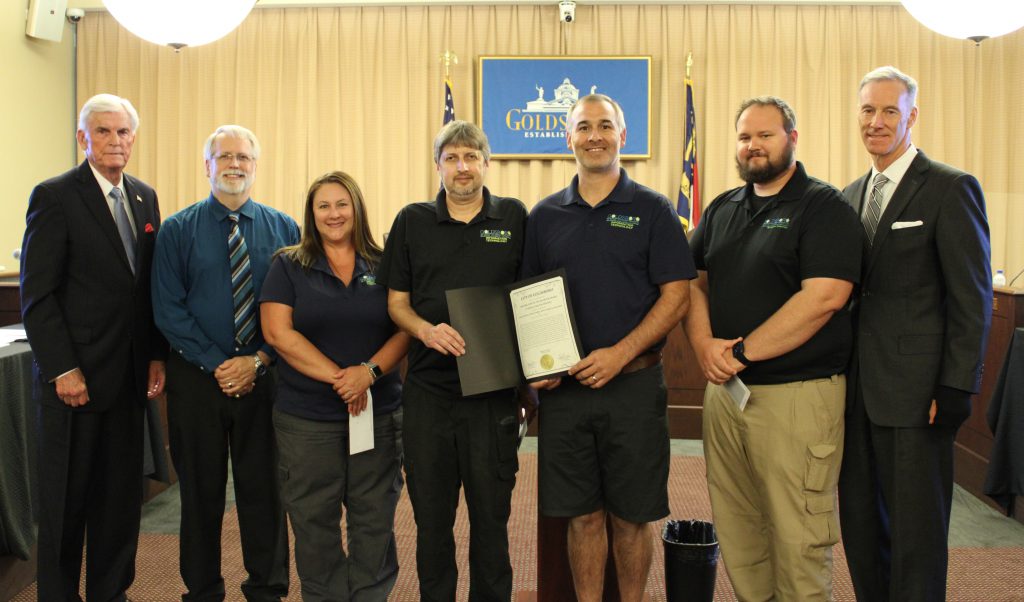 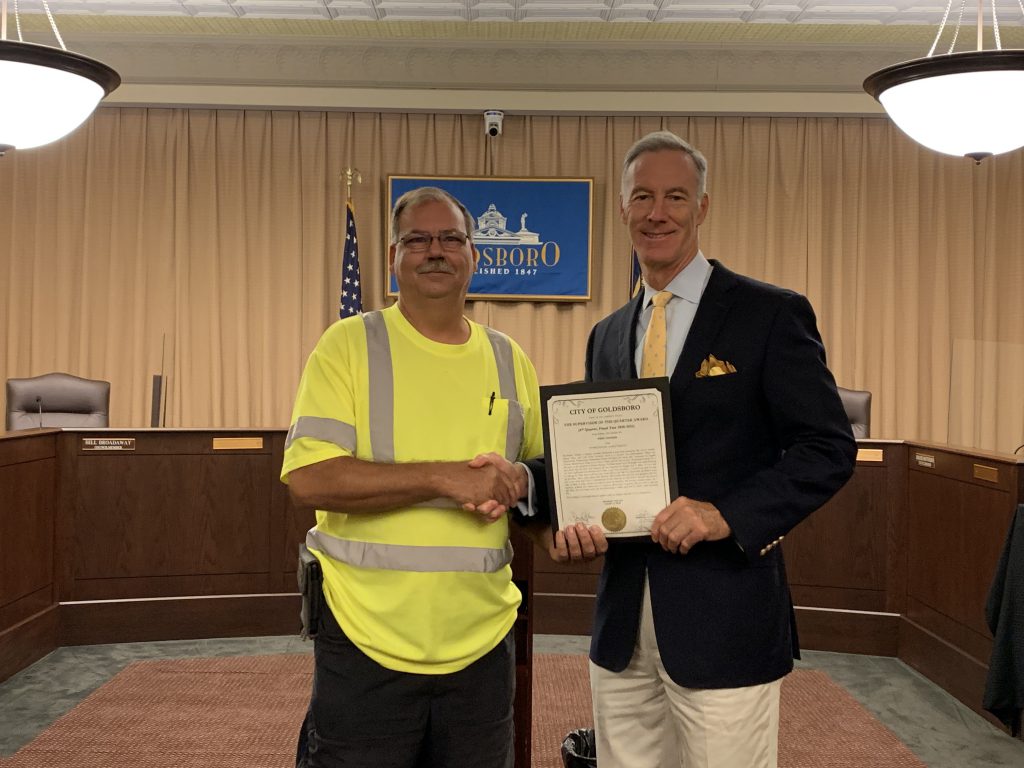 LaToya Henry2021-08-11T10:12:24-04:00
The city of Goldsboro is home of Seymour Johnson Air Force Base and the best barbecue in Eastern North Carolina. Goldsboro is a destination with rich history and heritage which captivates visitors and residents alike.