The City of Goldsboro hereby gives public notice of its policy to uphold and assure full compliance with Title VI of the Civil Rights Act of 1964 and all related acts and statutes. Title VI and related statutes prohibiting discrimination in Federally assisted programs require that no person in the United States of America shall, on the grounds of race, color, national origin, sex, age, or disability be excluded from the participation in, be denied the benefits of, or be otherwise subjected to discrimination under any program or activity receiving Federal assistance.

It is the City of Goldsboro’s objective to:

1) Ensure that the level and quality of transportation service is provided without regard to race, color, national origin sex, age, or disability

3) prevent the denial, reduction, or delay in benefits related to programs and activities that benefit minority populations or low-income populations

4) Ensure meaningful access to programs and activities by persons with limited English proficiency.

The City is committed to a policy of non-discrimination in the conduct of its business, including adherence to Title VI responsibilities and the delivery of equitable and accessible transportation services. Any person who believes that he or she has been subjected to discrimination under Title VI on the basis of race, color, national origin, sex, age, or disability by the City of Goldsboro Transit program may file a Title VI complaint with the City Of Goldsboro. Any such complaint must be in writing and submitted to the City of Goldsboro Title VI Coordinator within 180 days following the date of the alleged discrimination. A Title VI Civil Rights Complaint Form is available online at www.goldsboronc.gov or by calling 919-580-4359. Complaints should be addressed to: Title VI Coordinator, P.O. Drawer A, Goldsboro, NC 27533-9701.

Any person who would like more information regarding the City of Goldsboro’s Title VI Program may contact the City’s Title VI coordinator at the phone number or address above. The City of Goldsboro will provide a free language interpreter to help you conduct your transit business. If you require a language interpreter, please contact the City Manager’s Office, City Hall Addition, by calling (919) 580-4330 or online at www.goldsboronc.gov under “Citizen Requests” and state the language you speak. The office will schedule you an appointment and an interpreter to be arranged via telephone or in person at the time of your appointment. 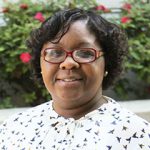 Commission on Community Relations and Development

Mayor’s Committee for Persons with Disabilities